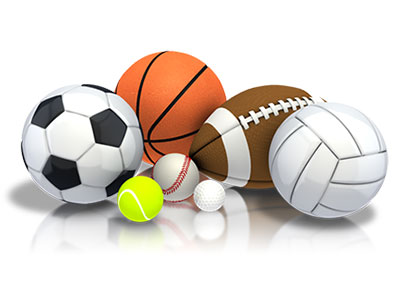 Remember that (most of the time) our ultimate goal in estimation is to provide a cost estimate, and/or validate our ability to meet a deadline. We are often asked to provide these data points before we even know a lot about the requested deliverable.  In the traditional world, high level estimates are often created by comparing a new piece of work with past pieces of work.  We figure out how big the old thing turned out to be, then assume this new thing is approximately the same size, plus or minus some pre-negotiated margin of error!

High Level estimation, a.k.a. Rough-Sizing or T-Shirt Sizing is done when we know the least about the work being proposed.  Therefore, we accept that our Accuracy will probably be way off.  This level of estimation is generally presented as having a precision of +/- 50%.

What do you apply these estimates to?  Features or Epics – generally large units of work that we’d expect to take the team more than one iteration to complete.

When is it appropriate to use this level of estimation?  At the beginning when we know the least.

How will we use this level of estimation?  Well for one thing, we can use it to create a high-level roadmap.  The Product Roadmap provides a rough idea of whether it is possible to deliver a body of work in a given timeframe, and to provide a rough idea of the sequence of delivery.

As a measurement of relative size, it is more important to understand the relationship between the T-Shirt sizes.  We will employ a simple rule.  Each subsequent T-Shirt size doubles the previous one.  Thus, if we were to equate “Small” is equivalent to the amount of work in 1 Sprint, then “Medium” is twice that amount of work (2 Sprints), and a “Large” is double the medium (4 Sprints).  See Figure 2.1.

Size estimation a.k.a. Story Sizing, Story Pointing, Fibonacci, is done when the team has had a chance to understand the Epics/Features, and are now taking part in the decomposition of these larger deliverables into well-understood, bite-sized units of work that can each be delivered within a single iteration.  These size estimates are generally accepted to have a precision of +/- 25%

The most common scale used in Story Point sizing is the Fibonacci sequence.  If you remember back to your school days, the Fibonacci Sequence is defined as a sequence of numbers in which each number in the sequence is the sum of the two previous values:  1, 1, 2, 3, 5, 8, 13, 21, 34, etc…  Fibonacci allows us to correct for another oddity in human perception.  When we start talking about relative size, identifying things that are double and triple in size are pretty straightforward.  But as things get bigger and bigger, we have a tendency to compress them in our minds.  Such that it is virtually impossible to distinguish whether something is 9,10, or 11 times the size of another thing.  You can see how hard that would be, right?  Now imagine arguing whether something is 36 or 37 times the size of another thing!  By adopting the Fibonacci sequence, we’re introducing a distinction between values that’s pretty significant.  I may not be able to distinguish between 9 and 10, but I can still make a distinction between 8, 13 and 21.

We can also leverage this phenomenon to keep our range of values contained.  Lower values are easier to comprehend, therefore have a lower level of uncertainty.  The greater the range between two consecutive options the greater the degree of uncertainty.  So, accuracy and precision can both improve by shifting to Story Points, AND selecting reference sizes that will keep your individual estimates on the smaller side.

The purpose of a product roadmap is to establish a rough idea of what’s possible over a longer term.  To accomplish this, the Product Owner needs to gather the Development Team and any SMEs who would have expertise in the area being developed.

At that point, we had Epics grouped in doubling clusters.  We can summarize this as follows:

(base) was assumed to be “a couple weeks”

But if our assumption turns out to be false – what if it turns out base=3 weeks.  Then our doubling can still help.

Break the Epics into Stories, Size the Stories, Total the Sizes.

We tricked Jira into reflecting the Product Roadmap layout by saying that the Team’s assumed Velocity was 30, and in order to align that to show us a WIP limit of 3, we assigned sizes to our Epics in Jira in units of 10’s  .

Thus, 3 Small Epics with size of 10, worked on in a single Sprint, would deliver 30 points, matching our Velocity.   Note that this conversion made Jira look like the spreadsheet, but that didn’t make it right!

In fact we quickly ran against the rocks when we started decomposing stories, and those stories totaled more points than the table above would indicate.   That’s actually a good thing!  If we just replaced the Story Point “Size” of each Epic with the sum total of the Stories beneath it, the Portfolio plug-in would adjust to accommodate that.  Unfortunately, we made TWO tweaks … remember we adjusted expectations to provide a WIP limit.  If the team’s velocity goes from 30 to 45, then the (base) assumption we’re making would change from 10 SP to 15 SP.